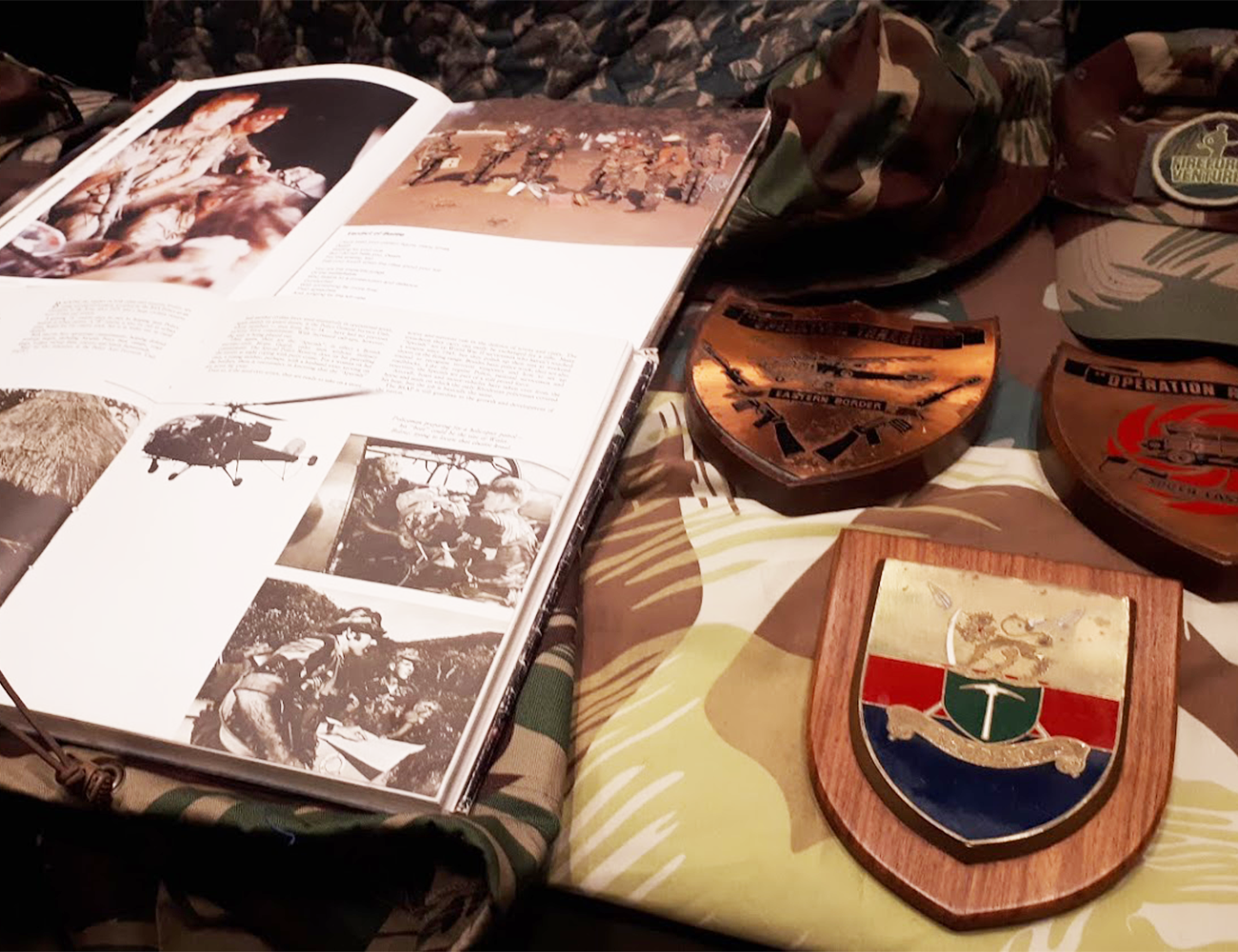 A "Fireforce" referred to a military tactic employed by the Rhodesian Security Forces from 1965-1979 which saw helicopter and airborne infantry deployed in operations that enveloped and destroyed the enemy. Widely regarded as one of the successful counter insurgency warfare tactics ever utilized, the exploits of Rhodesia's Fireforce soldiers in their fight against communist totalitarianism continue to inspire awe and reverence. In their own way, we believe that these gallant young men became Africa's Greatest Generation. Inspired by their example, a few army buddies decided they needed to get their hands on the legendary Rhodesian Brushstroke kit of the Rhodesian Bush War.

Fireforce Ventures was founded 7 July 2016 as a small business operating out of a dingy basement in Alberta, Canada. Originally intended to be a hobby project to reproduce the vaunted Rhodesian Brushstroke and pay tribute to the Bush War Fireforce missions, the business saw rapid growth. Most of the time, it was growth we could barely keep up with and the constraints of operating a business in Canada made it near impossible to keep our inventory stocked. After over 6 rocky years operating out of the "Great" White North, we permanently relocated our brand and operations to the United States on 25 September 2022. We currently operate out of a private location somewhere in North Texas along the Oklahoma border.

We heavily invest time and effort reproducing and stocking rare camo patterns and kit that are otherwise impossible to find. On top of that, we're always scouring the far corners of the world for pieces of military surplus at exceptional prices. Inspired by Africa's Greatest Generation, professional soldiers, mercenaries, and adventurers of yore, we absolutely love our jobs.

That job is to ultimately give you pieces of kit you can't find anywhere else, and offer the milsurp selection your old neighborhood army surplus store used to have. We'll make every effort to ensure that you can "operate" anywhere from Baghdad to Bermuda with style! 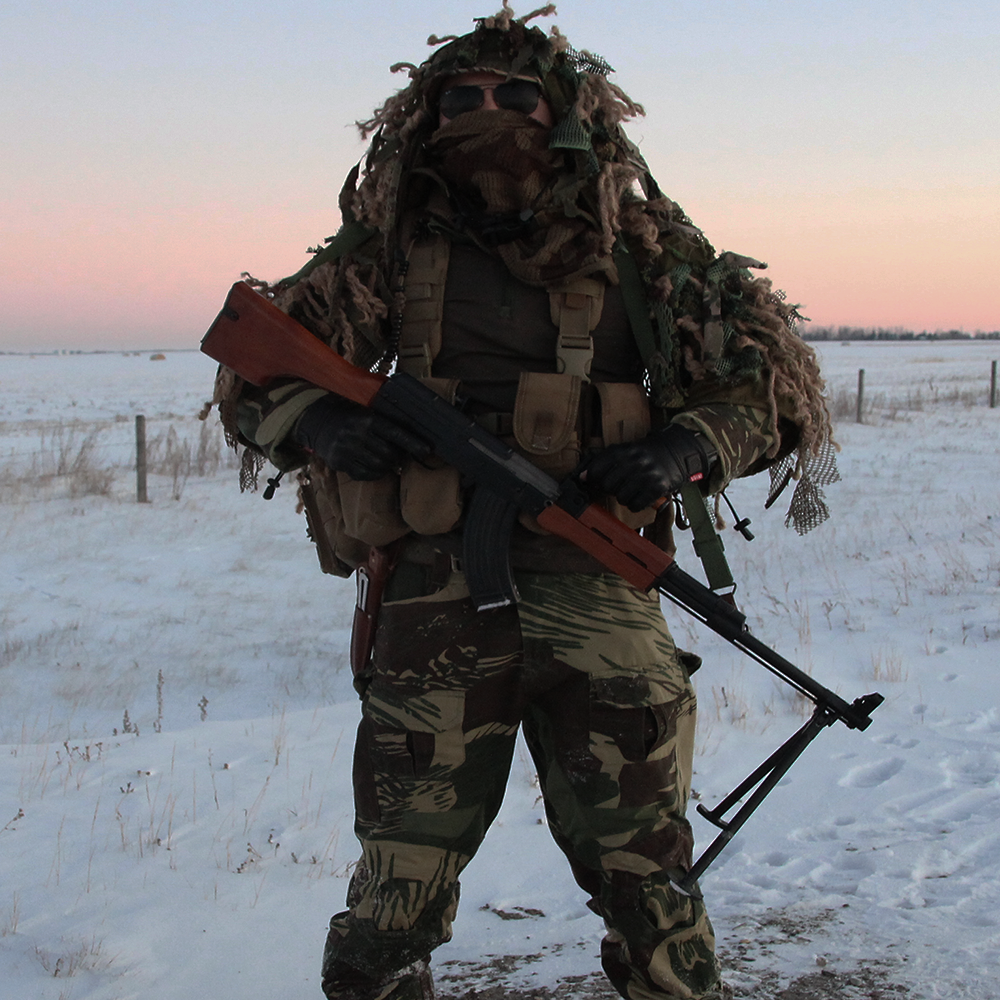 Disgraced asshole. Infamous in Canada for pissing off the federal government, the army, and a bunch of journalists in the span of a few weeks. Enjoys smelly clothes, military history, pipe smoking and old guns. 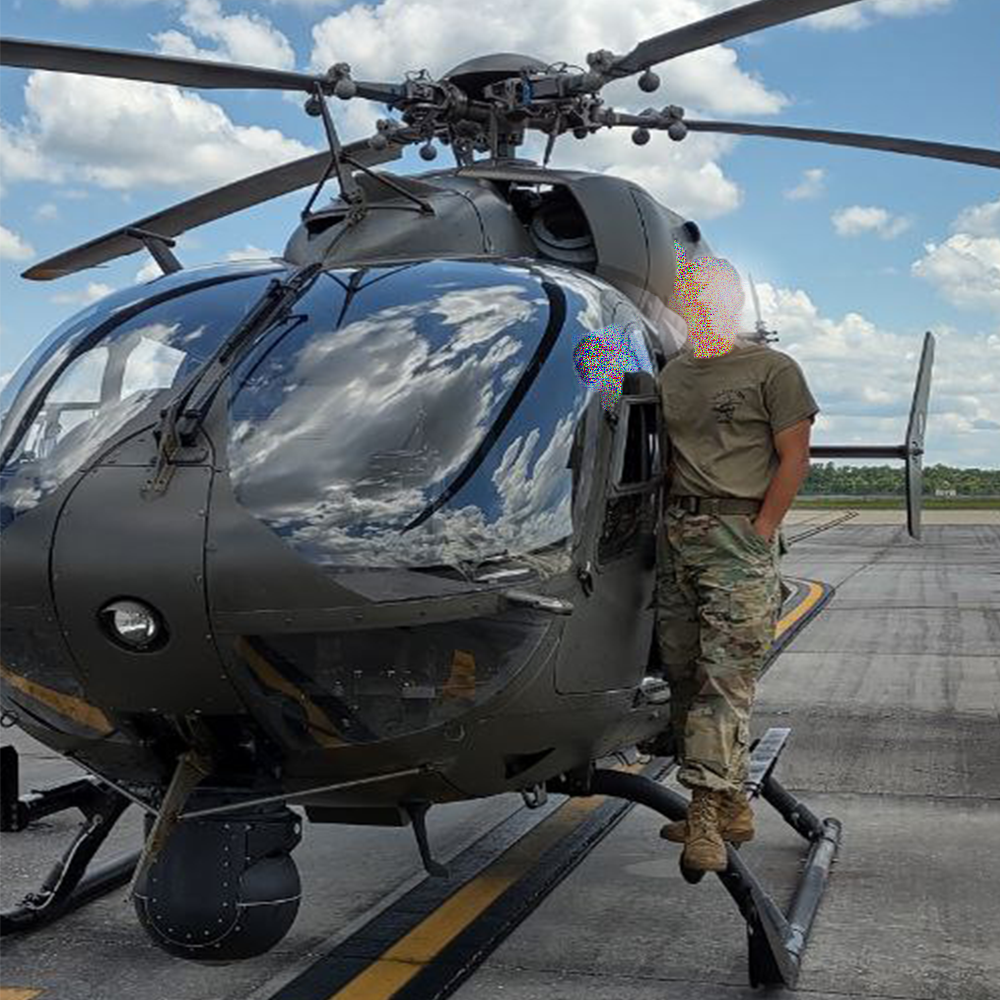 Executive Director of Fireforce Ventures, operating out of North Texas.

Long time Fireforce Ventures supporter and Buyer's Club member, turned proprietor. Reb, scholar, and aviation nut. He identifies as a helicopter most days. We fully validate and support his sexual identity. He is beautiful, and we will not tolerate claims to the contrary. 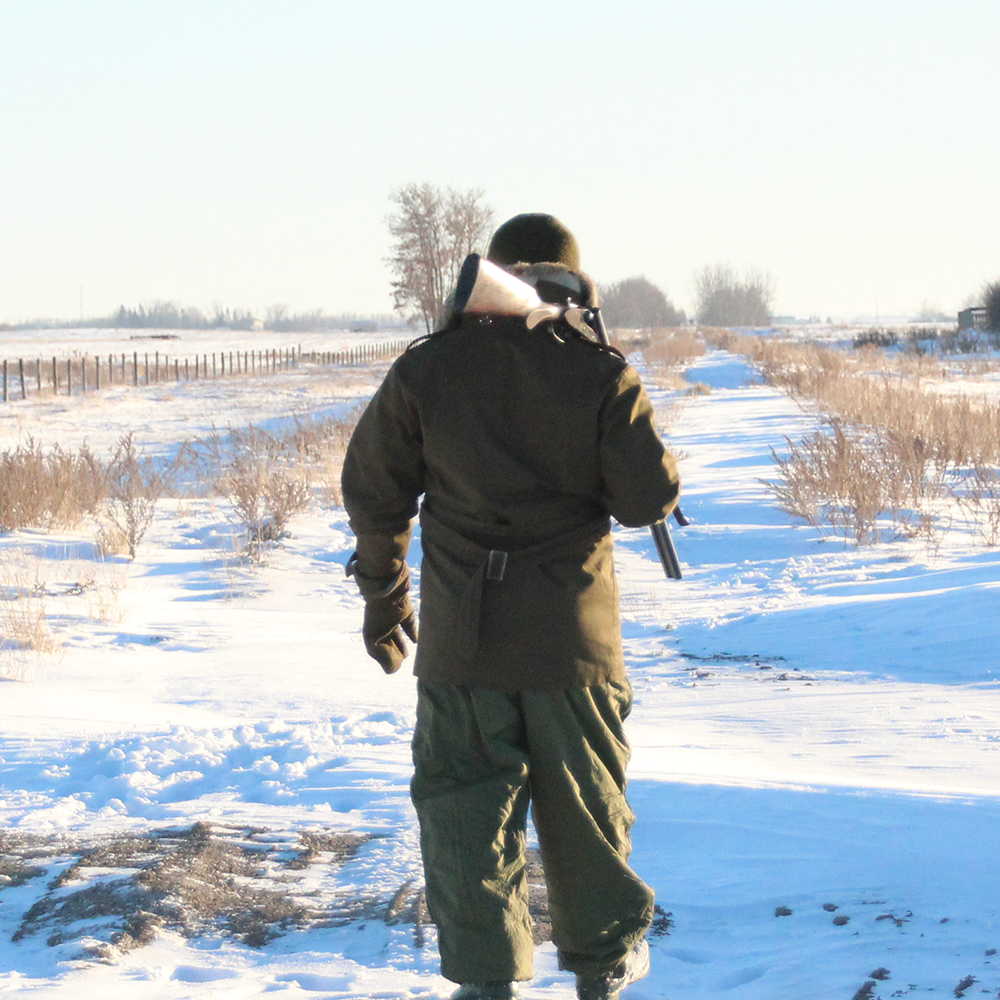 A connoisseur of all things vintage and old school. Judging by his wardrobe, he definitely knows his stuff. He can flute a cobra out of wicker basket, and shoot the wings off a fly with a .22, we reckon he can sort out any of your concerns.

Currently also serving as a Chief Operating Officer of Canada Camo and as a Production Consultant at Zaibatsu Manufacturing Concern.

Milsim Supply Australia is based in Queensland, Australia. The company was founded by a veteran of the Royal Australian Army after his deployment to East Timor to serve the Australian MilSim and Gelball community,

They host a rapidly growing selection of inventory from webstore. We are proud to have them as our exclusive dealer for Fireforce Ventures products Australia and Oceania! 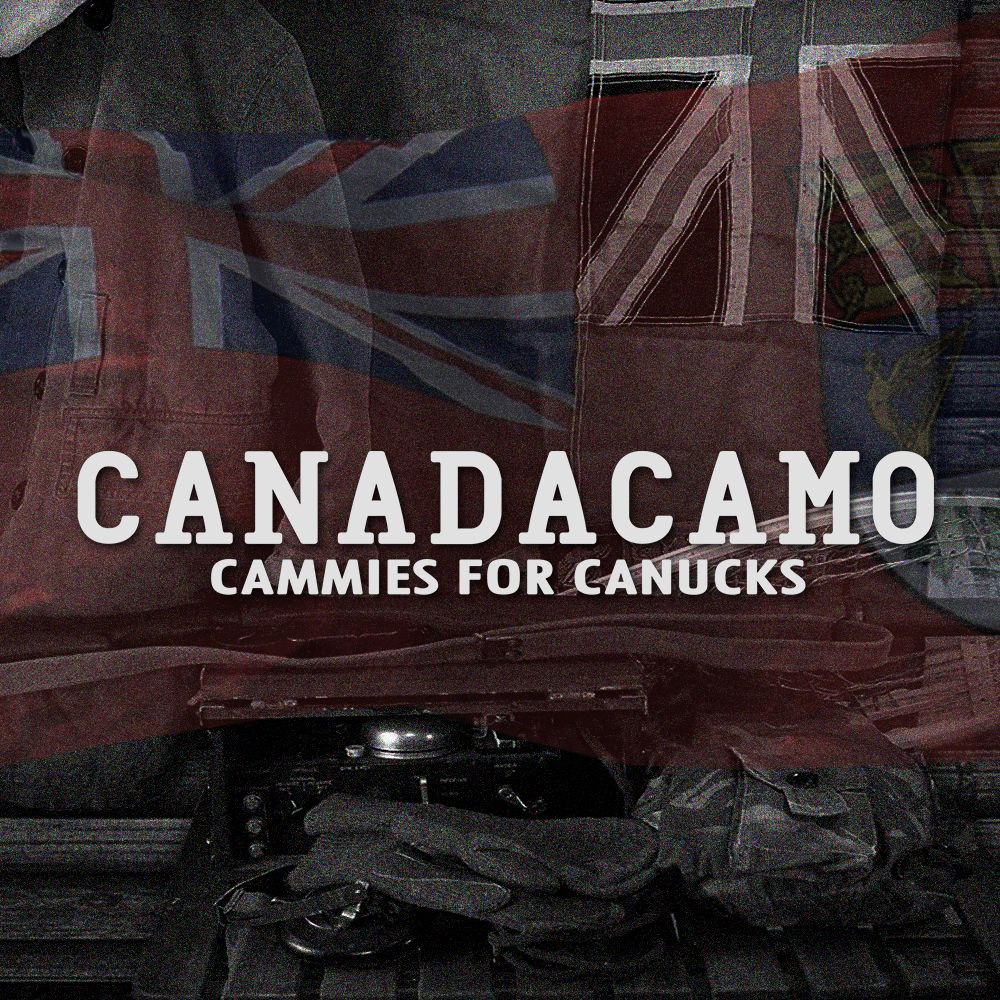 Canada Camo was built of the bones of the former Fireforce Ventures operation in Canada, we aim to focus more on Canadian and Northern Yankee customers. An upcoming lineup of true hard use "Canuck" apparel is it's main highlight with a smattering of carefully curated military surplus.

For the folks that tamed the untamable and defeated impregnable. For those who have "been there, and done that" - and those who embody their spirit. For the old stock Canadian, and the new breed of Canucks. 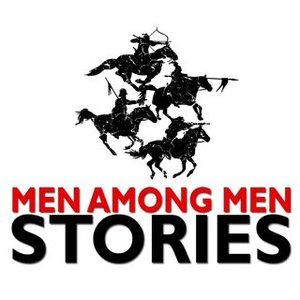 The Men Among Men Stories Podcast dive into the forgotten stories of soldiers and warriors from conflicts throughout history. By our exploration of these people and events we hope to keep these tales of courage and grit alive and inspire others to delve into history.

The podcast is co-hosted by Hank of CanadaCamo/FFV and available on almost all podcast platforms including Spotify, Apple Podcasts, and Google Podcasts. 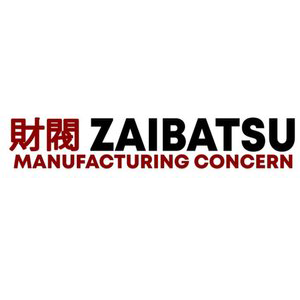 Zaibatsu is jointly run by a bunch of weebs and nerds based in Canada and the United States, and their efforts and wholeheartedly supported by Fireforce Ventures. 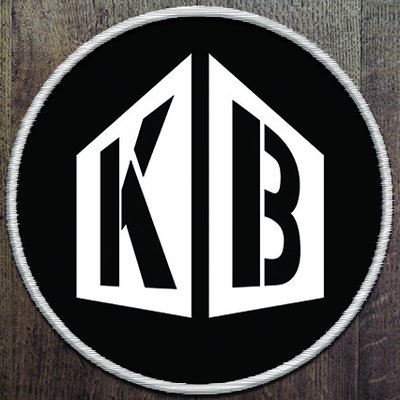 The Kommando Blog is dedicated providing creative and entertaining collaborative content for the internet firearms enthusiast. They have organized team members and volunteers from around the world to help expand this project into a professional organization with a purpose to curate the best alternative web content on firearms.

Above all the spirit of enthusiasm surrounding firearms and related topics is the driving factor and The Kommando Blog seeks to provide some of that enthusiasm on a more directed and curated platform by providing a space for contributors to share knowledge and amusement.

Disclaimer: Fireforce Ventures is comprised of a multi-ethnic team of proprietors and employees representing various differing political beliefs and faith groups. We recognize that some of the products we sell and the content we post may be historical controversial or offensive. This doesn't really bother us, nor should it bother you.  Don't like it, don't buy it, the real history behind it all doesn't change. However, we reserve the right to refuse service to any customers who breach our service terms. This includes any attempts to associate us with third party groups or political organizations without our express consent. Additionally, all business conducted by Fireforce Ventures in strict accordance with US Federal Law and Texas State Law. We do not sell any firearms, ammunition, explosives, pyrotechnics, or parts thereof. For additional details about our ethos and service policies, please check out our Terms and Service.